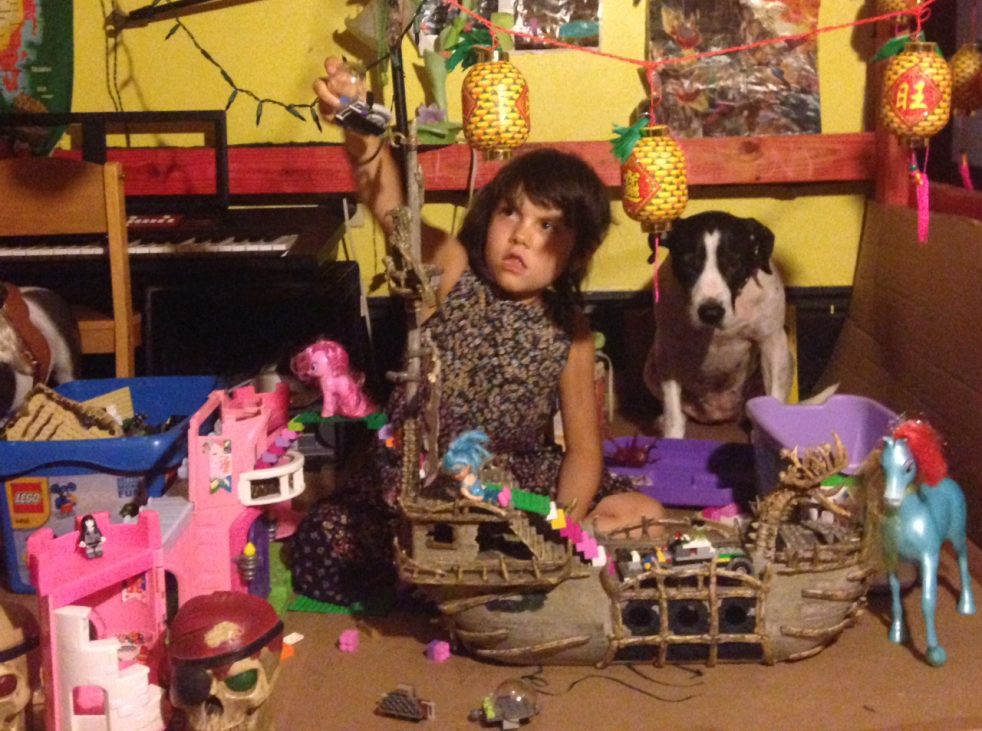 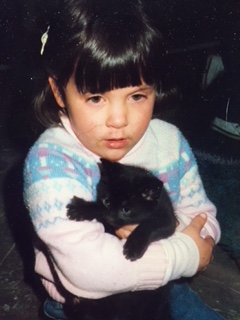 They say we are each born twice in this life time. First as helpless little babies dependent our parents to meet our every need. And then at some point, through choice, we are born into who we were meant to be.

The first time I was born at sunset on a perfect spring day in early April. I came two weeks early and my mother labored quickly. They say I was a happy baby. It scared the shit out of my parents the first time I slept through the night for 8 hours straight. I was just six weeks old. Apparently this takes some children years to learn to do, as we saw later with my sister.

I was an easy going child. Always saying hello to everyone, making them smile. Taking the hands of strangers, and guiding them down into the grass, to check out my wonders; ants building a pile or a caterpillar munching a leaf. It was always the little things that caught my eye and made me smile.

I basically lived in the woods as a child. My dog, Gus, the three legged white German shepherd followed me where ever I went. All the babysitters and mailmen were afraid of him, even most of our close family friends were afraid of him. But he listened perfectly to me, despite the fact that I was tiny. It was pretty much telepathy and because of Gus, my parents never worried about me wandering off into the gully behind the house.

Springfield, where I grew up, is a city, so the woods weren’t very deep. If you strained your eyes, you could see the highway through the trees. But it was a vast and glorious universe to me as a child of three. At the edge of the yard, the trees began to thicken and descend along a gentle slope. There were three stone circles, the remnants of a man-made waterfall that was abandoned long ago. It was full of leaves and kind of stinky, a great place to catch frogs. Or to sit on the stone benches at the bottom and stare off into the murky water, up at the trees, or out to the sky beyond the house.

When I got bored with that, I would wander past the stone wall, deeper down the ravine to the tiny little stream that ran along the bottom. There were always fallen down trees to practice balancing. This is where I found my cat. She was black with one tiny little white spot in the middle of her chest. She only had half a tail. She walked out from under a bush, right up to me and Gus, meowing like crazy. I picked her up and brought her home and that was that. My mother was not thrilled since she was at least 1/2 feral. But we had already become inseparable, so she let me keep her. I named her Cinder, after Cinderella, not because she was black as soot like all the adults thought.

She turned out to be pregnant and had five kittens in my bedroom closet, four black ones that looked just like her and one little grey stripy guy with six toes on each paw. They lived in a play pen in my room for a while, until they began to escape. They started chasing mice and moles, squirrels and chipmunks around the yard. Then they began to catch them. This upset me greatly because I never wanted any body to get hurt. (I literally felt bad for eating food; not just meat, vegetables too.) So I gathered other children to help me save them! We would literally pry the chipmunks out of the kittens mouths. They usually weren’t hurt too bad, so I would keep them in a box in my bedroom and feed them milk with an eye dropper to nurse them back to health. One day the kittens found the box, knocked it over and began chasing the chipmunks around the house. My mom wanted to wring my neck. The cats were adopted out soon after that. All except Cinder and the stripy grey guy with six toes.

A year or so before all this, my little sister, Callie, was born. I wasn’t jealous like some kids would be. I was ecstatic to have my very own baby! I wanted to dress her and bath her and didn’t even mind changing her diapers. I guess I was a born nurturer. I was hyper aware of other people’s wants and needs. I was eager to please. These tendencies served me well as a child, and as a gymnast which made my father proud.

But making him happy was something that grew increasingly difficult throughout the years. It seemed like my mother was always at work and my little sister was always crying. Something dark descended upon our house as we children grew older. It took root in my father. He kept strange hours. Sleeping all day and watching TV all night. We had to tip toe around so as not to disturb him for if we did, he would descend upon us in fit of rage, swinging and screaming, demanding that we clean up the mess he’d been making all week or make him something to eat. I started to feel like Cinderella. But it was always easiest to do what he was asking, to make him a couple eggs, do the dishes and then take off down the gully. Rather than start a battle with a bully twice my size.

I was born the second time at 12 years old when I suddenly awoke fully into myself within this madness and I was fucking pissed! I quit gymnastics. It was like a switch flipped. I was done people pleasing. I was done agreeing and going a long with what made everyone else comfortable. It was like I suddenly realized that my life was for me, that I could be free if I was willing to go for it. And after that, it was on. My poor father, I was a whirl wind. Spinning through the house, kicking up dirt, standing up for myself and everyone else; I wouldn’t let anything go. And when it got to be too much, I’d take off down the road.

I never went too far as a teenager. Just took the bus a few exits down the highway to the college towns that were more trendy. I went to poetry readings and hung out on the streets “spare changing” to get something to eat. Sometimes I took my little sister with me. We’d hang out with homeless people and listen to their stories. This is when I started to become aware of all the lies around freedom and equality and democracy. This is when I started to fit my experience of the patriarchy into a larger social context. And like I said, I got pissed! But I also realized what I was up against. I realized the true nature of my being as a Warrior and how I would like to use my gifts as a nurturer to lift other people up, to guide folks to seize freedom and create beauty in their own lives. This has been my journey every since.

I am a yoga teacher and a mother. I am a warrior and a dreamer. I seek and create beauty in this crazy world, always looking for the lessons and the magic that will move us forward as individuals in relationships and communities. View all posts by outcreatethematrix